Of course I'm linking up with Sami to tell you about my weekend, but can we back it up to Wednesday? Will you be mad? Ok, cool thanks!

So Wednesday I went to the Promusica Chamber Orchestra summer music series with my bestie Amanda who was home on a break from grad school. Its a free concert that they put on at the Franklin Park Conservatory, which a beautiful local park/garden near the downtown area. 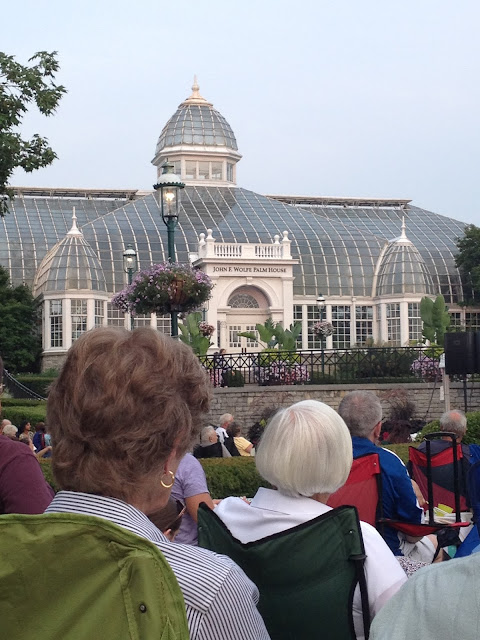 It was a perfect evening. I can't wait to go back next year, hopefully with Boomer who was out of town.

Of course after beautiful music, we were famished at headed to Tip Top for some of their awesome mac and cheese. No really guys, this stuff is amazing! 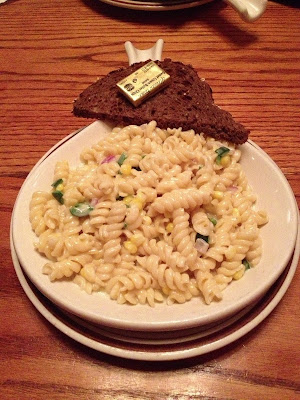 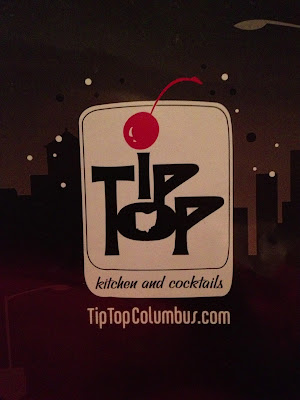 We realized it was about 10:20pm, and Jeni's, another favorite local spot, closes at 11pm. We wondered if we could make it? 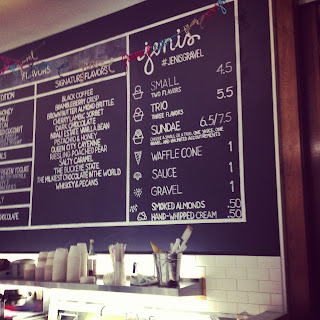 Of course we did. Jeni's is awesome and I got my two favorite ice cream flavors there. Riesling poached pear, and Ndali Estate vanilla bean. Boomer's favorite at Jeni's is the Queen City Cayenne, which is a rich chocolate ice cream with a little kick. See why its a favorite spot?

Thursday night, a few work friends and I won some tickets to see a Columbus Clippers game. There was a slight rain delay but it ended up being a pretty beautiful night. We didn't stay for the whole game because we all needed to be back at work bright and early for a meeting. Boo. 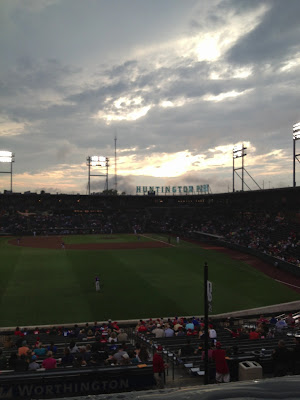 Basically we looked at many apartments Saturday. One smelled like a toxic dump. One cost the amount of a large mortgage payment. One had a second bedroom the size of a small closet. One....is still a contender. The more I think about it though....the more staying put for just one more year sounds like a good idea.

Sunday I took my favorite girl, (Boomer...duh), to see a play at the Columbus Children's Theater. This is all part of my thing to explore and enjoy the city. She had a blast! It was a production of The Little Mermaid Jr, and it was much like the film with a few extra songs which were great. The little girl who played Scuttle really stole the show. Boomer can't wait to go back and see the production of Shrek the Musical. (Its this September if any of my local blog pals are wondering.) 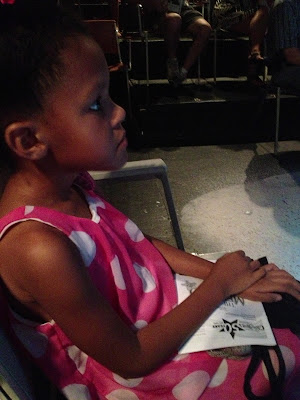 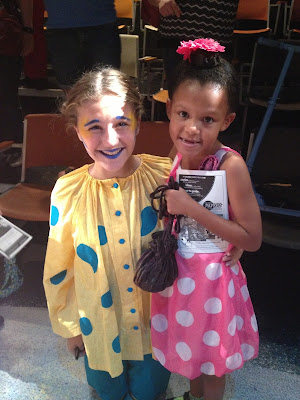 That's Flounder if anyone is wondering....

We ran over to the North Market following the show and I chowed on some delicious Indian food. Boomer really wanted McDonalds, but I convinced her to eat some of my food and she also got a pretzel. I'm trying to expand her horizons a little...but boy is it tough. I shouldn't be surprised though. I only ate vanilla ice cream for 18 years.

Hope you all had a great weekend too!

Labels: Boomer, Link Up, Music, Weekend Update, What I Did

Hey Whitney can you email me so I have your email address for fantasy football? Thanks!

Excellent weekend! We were at the Clippers on Wednesday (my husband and a few of his friends sang the national anthem). I'm very impressed that Boomer likes Queen City Cayenne! My nieces and nephews basically just get chocolate, even at Jeni's!

She's adorable! Good luck apartment shopping. I literally had to force myself to find one because I start school in week. Oh make sure your apartment has lighting. Apparently I forgot to check for that and my living room has no lighting. I like the place... I just forgot some minor details. Good luck!!

These pictures are fantastic!
WWW.ROXTHEFOX.COM

Oh Jenis...you can make make a bad decision there but you girls picked some extra good flavors for sure!!