Leave it to Bon to come up with a post prompt that brings up post traumatic memories...well here goes.

I couldn't tell you the exact date it happened.

I know it was around my birthday, the summer between 8th and 9th grade.

I know this because he asked me what I wanted for my birthday. Thinking I was being clever I responded with, 'It starts with a K and ends with an S.' I was so smart.

See I was really into this guy. We had kind of flirted our way through 8th grade. As much as you can as 13 years olds. I think the bulk of his appeal lay in the fact that he was taller than me. I was a giant. I've essentially been the same height I am now, since about 8th grade. So while I was wearing heels and hovering around the 6' mark in them, the boys were still in the 5'2"-5'5" range. Not Sean though, he was taller when I had heels on. He also played sax in the band, and I played flute so we were around each other all the time. Although, he never changed his reeds so they were always black.....

Anyway Sean leans in for the kiss. I'm ready. Ready for butterflies, and kicking up one foot a la Princess Diaries. I'm ready for movie magic.

It was sloppy, he tasted weird (probably due to all those black reeds), and he stuck his tongue into my mouth like right off. For the record I still don't like that crap.

When it was all over he leaned back and said, 'Ok see you at school.', and walked away. 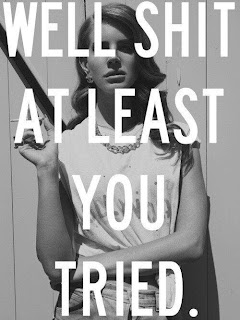 I felt violated. I thought if that's what kissing is I don't want anymore of that crap.

I went ahead and 'dated' him though, for the first half of school. Sean is also responsible for my first hickeys. That awful, humiliating episode took place at my freshman homecoming and culminated in him having to write my mother a letter of apology and me not being able to go to another dance until junior homecoming.

Luckily someone else, we'll call him...Mark, came along a few months later and then I got the butterflies...

Labels: About me, Link Up, Relationships, throwback thursday

Sounds like we had a very similar first kiss experience. I didn't know what kissing was supposed to be like, but I knew it wasn't like that!

I was 13. He was 14. We kissed in front of my locker at school while 3 of my girlfriends watched and squealed. Seriously?!

Mine was during spend the bottle in 7th grade and someone took a picture on a disposable camera. I shredded that picture ages ago.

This is amazing!!! First of all, I was also a giant (6 feet over here!) and pretty much crushed on anyone taller than me, though it never panned out and all of my boyfriends were either the same height or about an inch shorter than me. Also, clarinet player! Black reeds...ew! My first kiss was the summer before 7th grade and it was just a whole bunch of pecking. I didn't even know tongue was supposed to be involved!