Linking up with Sami and the crew for another weekend update!
I'm all moved....ish. Well all my stuff is moved, but I'm definitely not settled in yet.

I also don't have Internet. Eeeeep.

So we'll have to content ourselves to scheduled posts, or lunch hour posts.

So this weekend my bestie from college drove SEVEN HOURS from Tennessee to help me move. Her BF also came along with her and earned major brownie points because he doesn't know me from Adam. He also let Boomer play with his ears, which is this weird thing she does....

My mom found this gem of a picture this weekend and shared it with Boomer. I'm the same age as Boomer is now in this picture. My daughter's main comments 'Why was mommy's hair so long? Mine isn't that long!'
My response: 'I ate the food my mother gave me!'
Boomer: 'Ooooooh.'

Boomer has this idea that she should be able to eat McDonalds everyday....ugh. 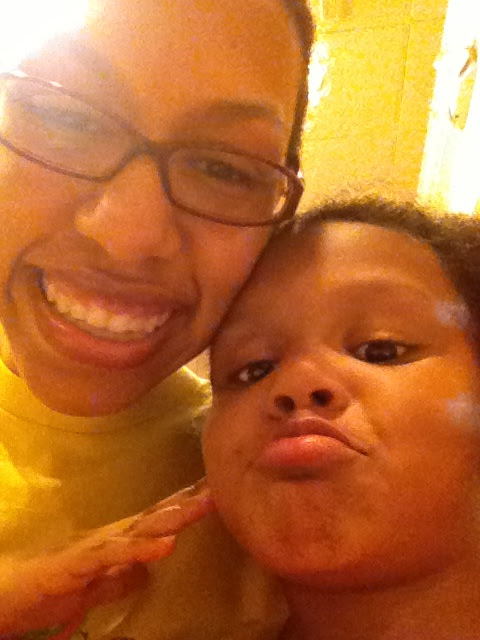 Moving this weekend was super stressful and emotional for me. Which called for silly impromptu photo shoots with Boomer. You're welcome.

So yep that's my weekend. Just so you feel informed as shiz...I'm going to bum my mom's wi-fi for tomorrow and Wednesdays post. (I'm doing a tutorial on Jack-O-Lantern nails....you know you want to see it!!)

Labels: Boomer, Boyfriends, Friends, Mommyhood, Weekend Update, What I Did

just found your blog! can't wait to read more
i'm with you on the moving thing, it really can be emotional and stressful..my husband and i are actually moving today! we were supposed to be move yesterday but i kinda put it off...and i might even put it off again...i dont like moving!
oh and i dont have a daughter but i do have a little cousin who asked me the same thing when she saw a childhood picture of me with long hair...that was a good comeback/way to sneak the vegetable comment in there! wish i had thought of that!
well i hope your week/moving in goes smoothly :)

Hahahahaha I ate what my mother gave me. That's equal parts hilarious and awesome!

You, my friend, are doing a great job handling all of this that's going on in your life right now!