So on to today's topic!

I have a confession guys. 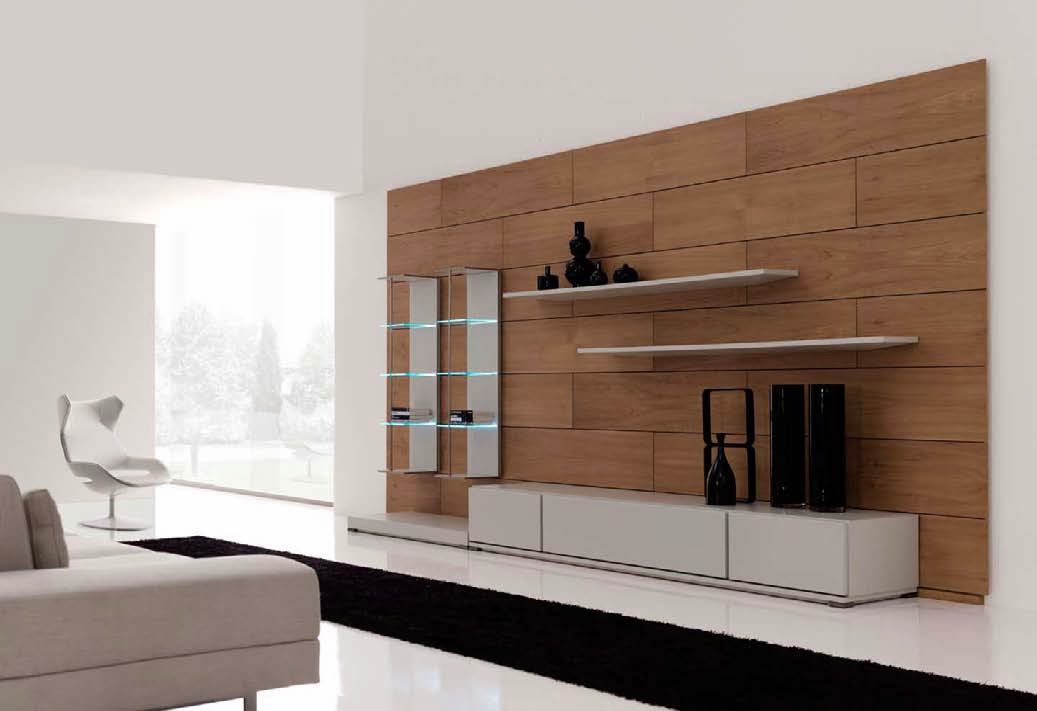 All the time. I read The Minimalists , Miss Minimalist, Becoming Minimalist. I read these blogs all the time and I love them. I however am not a minimalist in the least.

Case in point: About two weeks ago I got into a good-natured Facebook argument with some classmates and a former history teacher of mine. He is notoriously hard on students, and teaches a rigorous curriculum. (He was my favorite teacher though, and the reason I studied history in college.) I actually received several good grades on papers from him over the years. Papers I worked hard on. I did receive a 100% on a paper once though. He didn't believe me. Neither did my classmates. So I opened up a filing bin in my living room, searched for a few minutes and found the paper in question. Snapped a picture and uploaded it to Facebook. Vindicated. Except...

I wrote that paper my junior year of high school. I was a junior in 2002. That means that paper is 12 years old. WHY? Why have I still got a 12 year old paper in my house. I kept looking and realized I still had a paper from 5th grade. WHAT IS THAT ABOUT?!?!?

It's not just papers. Until I moved this last time, I still had the dress I wore to 8th grade graduation in my closet. I wore that dress in 1999 and hated it so why keep it? I have birthday cards from years and years ago. Purses I haven't carried in a decade. Shoes that have never left the box. We live in an already small space, and the more I really pay attention to whats in that space, the more I feel suffocated by stuff.

I looked around my house and I realized I was one emotional crisis away from an episode of hoarders! 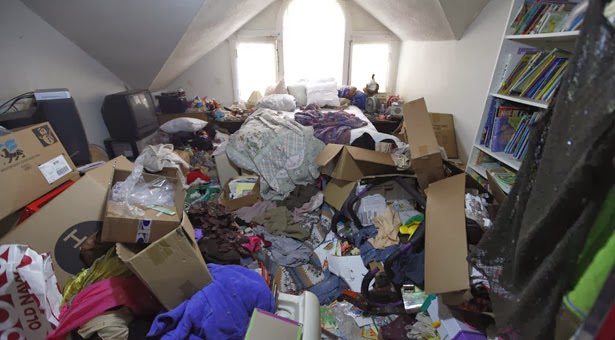 Ok. Well maybe not THAT bad, but you get the idea.

I need to figure out a way to work some minimalist principles into my life, and de-clutter. I think we are driven as a culture to acquire. That once we have certain things, cars, jewelry, homes, whatever, that we are a success. A lot of it is useless really. So Boomer and I are going to...un-acquire.

OMG!! My mouth dropped when I saw the picture of that room and thought that was your stuff!!! hahahaha Cant wait to hear about your progress! Good luck!

Good luck! Jon and I call ourselves "anti-hoarders" because we get rid of EVERYTHING. If we haven't used it in 2 years, it's out. We're notorious for putting stuff out on our curb and posting it on Craigslist Free. We bought hate clutter but also hate cleaning, so having very few things is the only way to achieve this goal. Hard when you have two kiddos, but that's why we're finishing our basement. We can hide all of their stuff down there! :)

Wishing you luck and documenting the steps along the way. I need to do the same with my garage, closet, etc - but every weekend I slot out for it I'm too lazy or there's something better to do. You can do it!

You can totally do it girl! I de-cluttered my life right before I moved to Virginia. I started with 4 trash bags. And went through my place until they were full. I packed 2 of them with clothes, the other 2 with papers. But then the hardest part was actually getting rid of them haha. Took a while, but I finally threw them out. And after that, I felt so great that I ended up getting rid of 4 more bags of stuff. Little baby steps but you can do it!

We don't realize all the crap we have until we are forced to. I was just like that. I think my college text books from 1992 are still in my exes garage! But when I left my ex, I took nothing and over the last two years, have really only bought what we needed and I love it. I never have to look for anything, my house is peaceful, getting rid of stuff is a huge burden to unload.

I have a bad habit of holding on to paper too..like why do I need a receipt from McDonalds from 6 months ago?? The minimialist homes always look so peaceful..can't wait to see what you two come up with!

I am a minimalist. My husband is not. I am about throwing all the things away. He is not. Sometimes, when he's at work, I make things disappear. But dammit, he always notices!

i made it a rule for myself to declutter as much as possible so every season, i go through my closet and donate anything that hasn't been worn in a year. i don't think about it, i just put it in the bag. the more you think about it, the more you'll hang on to it.

my husband is another story - i fight with him constantly because he's such a pack rat!!

I'm too bad with hoarding things in general... but papers... on my LORD. I have boxes and boxes of papers. Receipts for gum, tampons... I mean, really... do I think I'm gonna need them one day?!

Oh my gosh, watching Hoarders freaks me out and makes me want to get rid of ALL THE THINGS! I'm laughing my ass off that you have a paper from 5th grade. Although, kind of scary! Maybe twice a year, just go through things and weed out the shit you don't need. Clothes, tupperwear, grade school papers.

I'm currently on a minimalist streak because we're planning to move later this year. The less stuff we have to take with us, the easier and better!! But it's definitely a process...