I had a GREAT weekend. No really it was great. It started a little rough, because Boomer left me Wednesday night and I missed her something fierce, but other than that it was great.

I left work and went to teach voice lessons. I've been doing that all summer and I LOVE it. Music and singing are such a huge part of my life, and now passing on my knowledge to another little diva is super rewarding.

After I left voice lessons I went to Target because I had convinced myself I needed a new outfit for the concert. (I did not need a new outfit.) I tried on a bunch of crazy stuff. Like an acid wash denim dress (NO), an xs denim floral print dress (HELL NO...Whit...you are not an xs anymore...face it.), and some wedge sneakers. (Once again this is not a trend for me.) In my defense I tried on the acid wash denim dress because its a concert with all 90s bands and I was going for nostalgia. But the I spotted it. The perfect shirt. 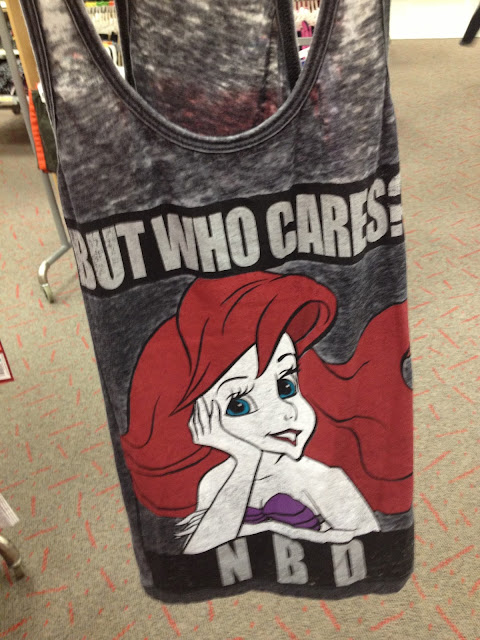 I'm also super proud of myself for leaving Target for under $15...like who am I?

Then it was time to get ready and rock out to the following bands : Fastball, Vertical Horizon, Gin Blossoms, Sugar Ray, and Smash Mouth. It was like the 90s and high school came together and gave me a huge hug. 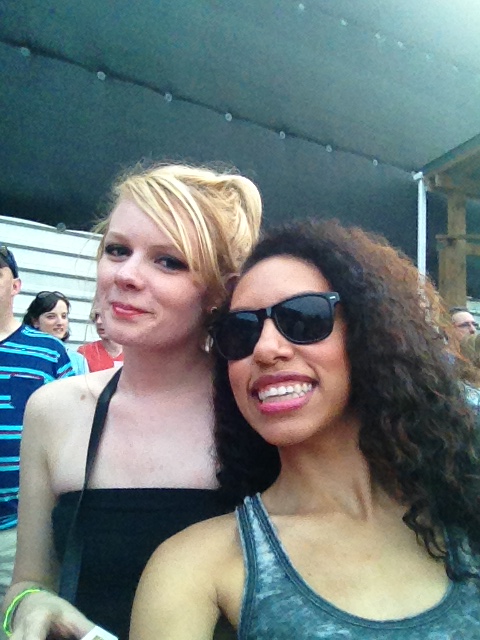 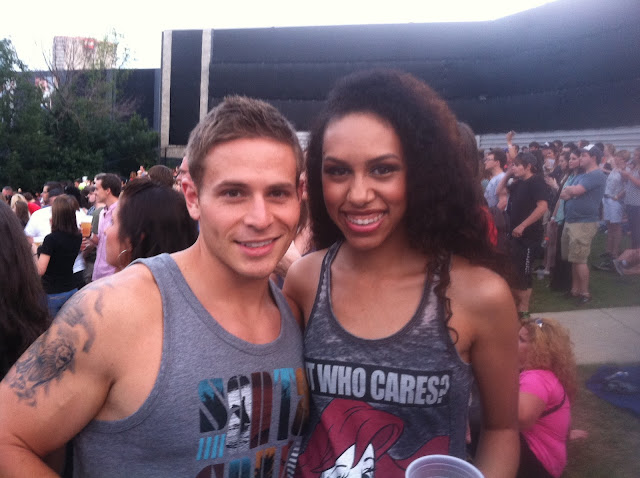 This thing about going to concerts where they play tunes from high school is that you'll probably run into old classmates. Which is where this pic comes from. That guy up there? I've known him since 5th grade I think. We go waaaay back!

So in my opinion....Fastball, Vertical Horizon, Gin Blossoms, and Sugar Ray killed it!!!! Smash Mouth....erm...not so much.

There were a lot of lime-a-rita's at this concert. Also there was half a cigarette. (Hadn't had one for three years up to that point.) Drinking and smoking all while listening to Sugar Ray made me feel like a rebel. Like any minute my mom was going to pop up and ground me. So basically AWESOME.

After this is was a short walk to Arena District where a bunch of bars and clubs are...also I was tipsy enough to think glasses at night was cool. After some crazy dancing and goofing off my girls decided they were tired and started to head home. But THIS GIRL! No way was my night over. Just so happens my bestie text me and asked if I was out, so he headed downtown to meet me and hang. 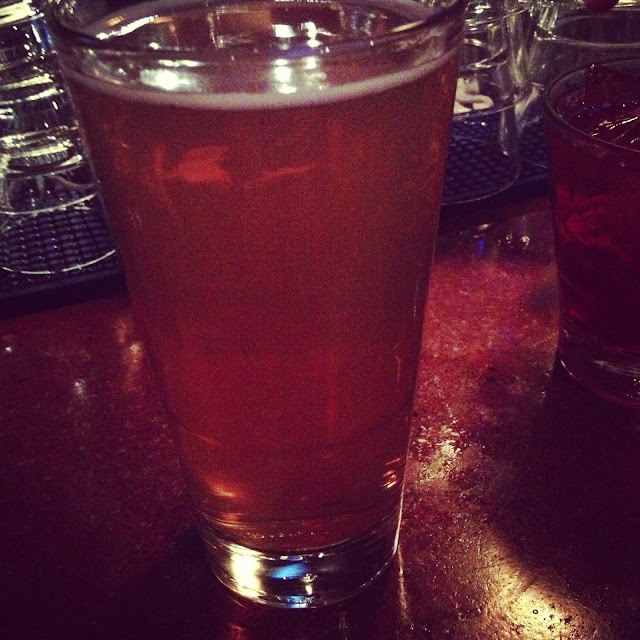 
There was also some really great conversation had. I respect his advice so much, he's never been wrong about his guy advice. EVER. He's usually pretty spot on, with his life advice too. We shut the bar down and then headed our separate ways home.

Saturday was relatively quiet until my mom came over to hang. I love love love my mom. She lives right across the street from me and is such a huge part of my life. I refer to her as my best friend and she totally is. I then talked her into getting ice cream with me. Yum Yum. Anyone who has access to Graeters where they live should try their new summer flavor of watermelon sorbet. Its like a frozen icy jolly rancher. So basically heaven.

Sunday Mom and I hung out again and went on a walking tour of Historic Downtown Westerville. There is a lot of history down there that affects American history too. For example the Hanby House. 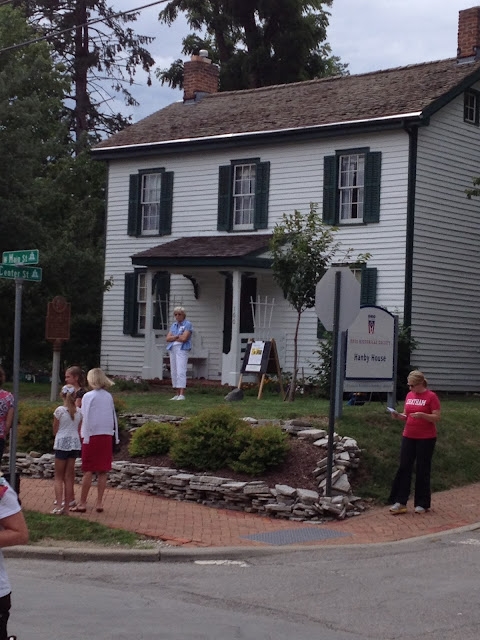 The people that lived here not only helped to found our local Otterbein University, but they were also active abolitionists, and worked on the underground railroad. Ben Hanby was actually a prolific song writer. One of his most famous tunes we still sing. (Up on the Housetop!)


After the tour Mom and I had worked up quite and appetite so we hit Old Bag of Nails, a pub in Downtown Westerville. 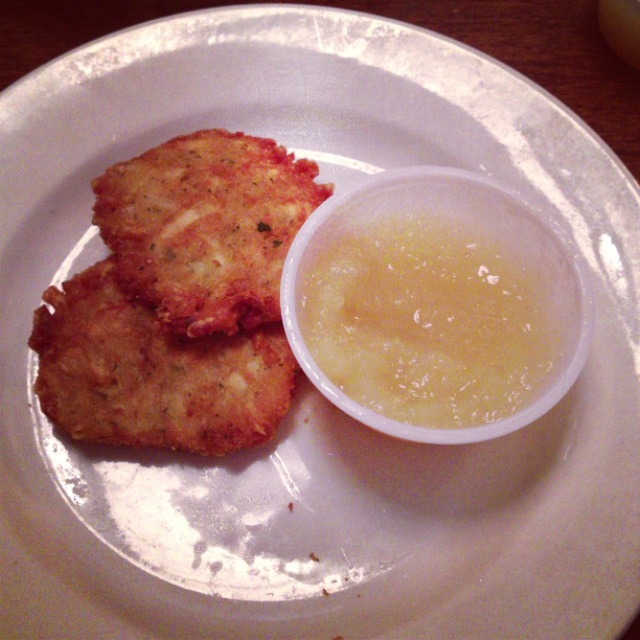 Then I had to hurry home because my angel baby was coming home early!!!

(Well early ended up being close to 1am....but its earlier than the originally scheduled TWO WEEKS) 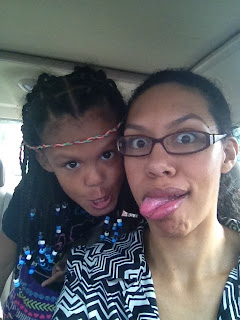 Clearly she is happy to be back too!

Hope you all had a great weekend!!

PS If you made it through all that....you deserve a medal.

I love concerts that turn into a high school reunion where you do a bunch of crap your parents wouldn't be proud of. Thats how you are suppose to spend your birthday!

That concert looked amazizng!!! I was a huge Sugar Ray fan back in the day! And that shirt is awesome!!