As much as I love the extra sunshine that day light savings imparts to us...this morning was...a struggle.

So let's talk about the weekend I spent looking like this dude! 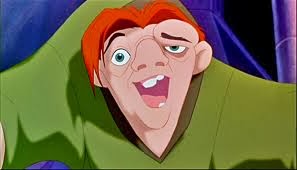 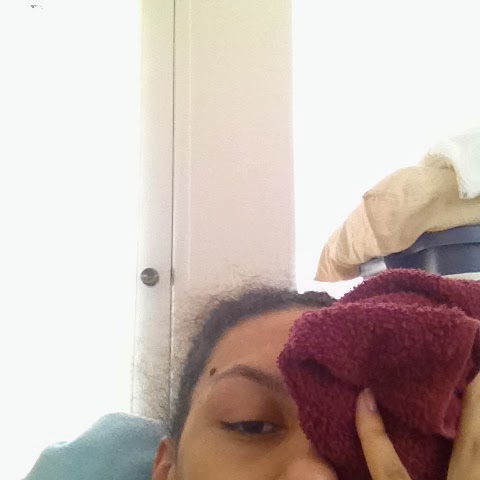 I woke up Saturday morning, and my eyelid was sore. Sore to the point that blinking hurt. I thought maybe I rubbed it too hard in my sleep, or maybe I got something in it. Who knows. Got out of bed and walked to the bathroom to check myself out, and actually yelped when I saw my eye. It was not pretty. It didn't help that I hadn't removed my mascara completely the night before, so I really looked like I'd gone a few rounds. You know you look rough when your seven year old takes one sleepy eyed look at you and shoots straight up in bed asking 'Momma!!! What happened to your face?!?!?'

So I called my mom to let her know church was out of the question, got a cold compress and laid back down. Later that afternoon I looked human enough to risk human contact, so I slipped a contact in my good eye and drove a few minutes away to visit my grandma. We took Jack to meet her, and I forgot that they keep birds at her nursing home. Yes. Live birds. Live cat. Whitney with battle wounds. Its not Jacks fault. Poor thing just wanted to eat the pretty yellow canary. Yes, a yellow canary. 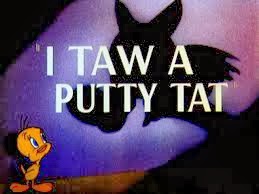 So, what does one do with one working eyeball, and canceled plans for the weekend? Well you read three books in two days that's what!! This weekend I read:

Terry McMillan Getting to Happy.

This is the sequel to Waiting To Exhale. I'm not sure why I read this. I generally do NOT like her books. I couldn't stand Waiting To Exhale. In fact the only book of hers that I KIND of like, is Disappearing Acts. I didn't like Getting Happy either, but at least it was a quick fluff read. I don't feel like I invested/wasted time reading it.

Reza Aslan Zealot: The Life and Times of Jesus of Nazareth. 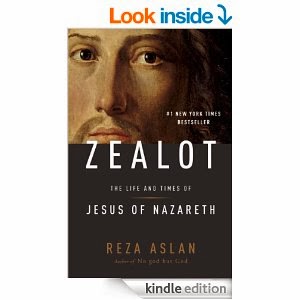 This one was actually really fascinating. I've mentioned on the blog several times that I studied History in college, so this book appealed to me on that level. It talks about the actual historical events going on at the time of Jesus of Nazareth. It isn't questioning his divinity or existence (because historically speaking everyone agrees there WAS a guy named Jesus who preached and died around this time), but deals more with the political climate of Palestine, and how it may have affected Jesus' ministry and also why he was remembered more than other 'messianic' figures of the time. It also deals with how and why the religion was shaped in the first centuries following his death. This is something I'll definitely be researching further, it left me with some interesting questions. The guy that wrote this book ISN'T a historian though, which is why I feel the need for further research.

Clearly, I was feeling some kind of way about faith and religion the last time I was at the library. This is third book in the Act of Faith series, that follows believers in and around Jerusalem following the death of Jesus. My mom used to get me books written by Janette Oak when I was younger and I would read them in a day. This book was an easy, sweet read.

I grabbed all three of these because I needed a break from young adult fiction. The Hunger Games and Divergent are great and all but I needed something with a little more meat. I think Zealot is the only one I would call...meaty though.

Anyway, after all of that reading I did get myself to the eye doctor. They checked me out and I'm fine. Just fluid accumulating under the eyelid. Because I'm allergic to EVERYTHING that grows in this state, and well it warmed up 10 degrees so a few plants decided to grow a bit I guess.


I also decided to bite the bullet and purchase some new specs which I posted on Insta last night. I'm not really feeling them, but Lenscrafters has a 90 day return policy, and Boomer is getting her eyes checked on Wednesday so I may be swapping them out. I dig the frames, but I don't think the color is right for me. I need just a plain old tortoise shell...not...red. Hopefully the attractive Dr. who checked my eyes will be there when we get back! 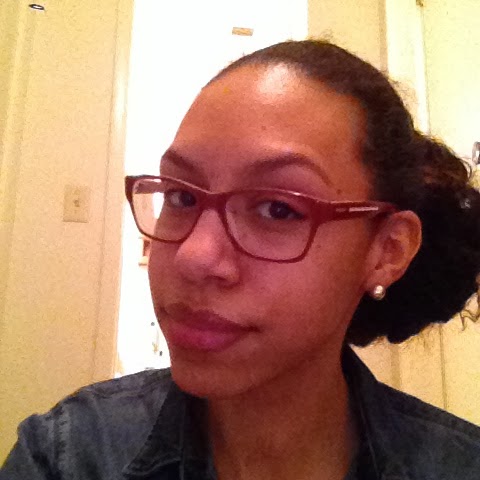 Hope everyone had a fantastic weekend!

Labels: Books, health, Reading, Weekend Update, What I Did

ick! i hope your eye is ok now. i was going to say that maybe it was a sty.

It takes me an entire week (sometimes two) to read ONE book! I def admire your book reading skills lol and I love your red glasses!

You poor thing! I thought you were going to say it was pink eye, thank goodness it's not!

I laughed so hard at the cat/canary image! Sorry you got all scratched up though. :(

How did you read all those books with one eye?? Haha!

I bet those specs will look reallll sexual in tortoise shell. You're making me want some right now.

I'd have never guessed your eye was blah all weekend, looks great in the glasses photo! Love the frames too but think you should be 100% happy and confident when going four-eyes. :)

Oh man hope everything gets back to. Normal fast! I'm in the middle of this amazing crime novel I'm thoroughly enjoying. I miss reading. My kids don't like me using my brain for anything but meal planning lol.

Im on my phone, so I'm not sure if this will.go through. Im giving a big FU to your boo-boo eye, hopefully whatever irritated it has gone far far away..ive read so many blogs today about everyone having to cancel weekend plans due to various ailments. No fun. Im kinda diggin the red frames, they are different and I like that. But, youre the ine who has to wear them!

I too, have been a victim of what I like to refer to as "vagina eye." When your eyelid gets so swollen that it literally looks like a vagina.

Hope your eye is better! Love the glasses!