Today's MMM is brought to you by Shawna who blogs over at Doe Loves Buck. She made a comment that she was excited to use darker reds moving into fall. Now my collection is severely lacking in red polishes of any sort. I think I have one....so I need to fix that. However Momma Boom is the QUEEN of red polishes, and she had one in particular that I knew would be perfect. So I went across the street and around the corner and asked to borrow this beauty.


I've never used L'Oreal's polishes before. I really liked the formula and the brush. This polish also lasts pretty well. This is the second time I did this manicure. I used the OPI base coat and my trusty Seche Vite top coat and the first mani lasted a solid week. (I forgot to get a picture which is why I'm repeating this week.) The picture above is obviously in direct sunlight, but when you're indoors it is a deep deep vampy red. 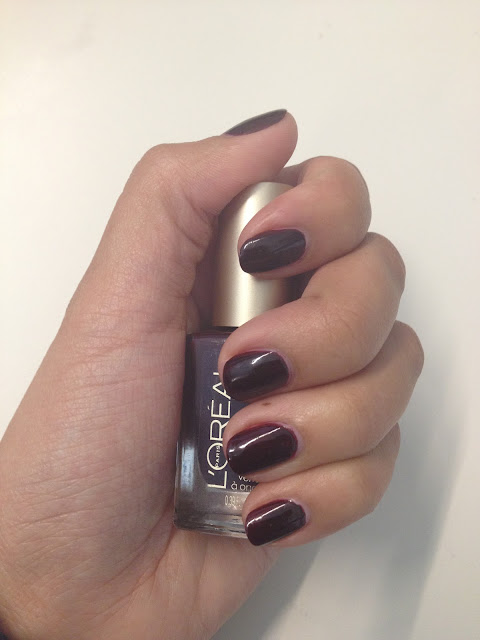 So I tweeted that I was watching Magic Mike and Shawna tweeted me back about it. 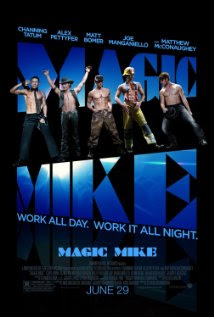 We both came to the same conclusions...while I love all the actors in this movie (Except Alex Pettyfer), this movie just didn't do it for me. I'm no prude( like, at all), but something about male strippers just makes me hella uncomfortable..... I may or may not have covered my face with a blanket a few times. The 'storyline' of the movie. I mean.... what exactly was the point. Watching the characters interact with each other....was painful sometimes. I get where the filmmakers were going in that they tried to make the relationships 'real', but this is definitely not one of those watch again and again movies.


So I won't be spending money on the sequel that they say is coming, but I don't feel awful about the $1.30 I spent at redbox.

So that's MMM for the week. Thanks Shawna for the inspiration and the conversation!

P.S. Thanks to everyone for all the sweet comments on yesterday's post. I was having A DAY when I wrote that, but your sweet words just filled me up with happy yesterday so THANK YOU....and Anonymous can you PLEASE start writing a blog already. You'd be AWESOME!

I LOVE that shade of red!! However, I still am slacking in the red polish department. I need to get on it!

And Magic Mike was horrid.. they should have paid us to watch it!

Love, love, love that nail polish color! I wish dark colors looked better on me. Don't get me wrong, I still use them, but I'm about the same complexion as Edward Cullen, and the dark colors just look creepy. I thought I'd be all stylish and paint my nails a fun dark color before Ben was born, so I'd "look cool" in my post-baby hospital photos. I looked like a freakshow. And after 5 days in the hospital, it was all chipped and nasty.

Sorry, that was way more than you wanted to know about my problems with nail polish colors hahaha ;-) What I MEANT to say is that the color looks great on you and I'm jealous. Tee hee :)

Magic Mike shouldn't have had a plot. The story was dumb. I could watch Channing Tatum dance on mute forever though.