Confessions of a Mommy: Sometimes.....

Sometimes Boomer makes me crazy. Certifiable, bat-shit (excise my French) crazy. There I said it. Whew.

Sometimes I feel like in blog world, we talk about roses and daisies and all the wonderful things in the world. And that's fine. No one wants to read a blog where all you talk about is how awful your life is. I mean maybe someone does, but I sure don't. This post is not going to be a bashing sesh about my child. But I have to level with ya'll. Sometimes Boomer takes the cake. 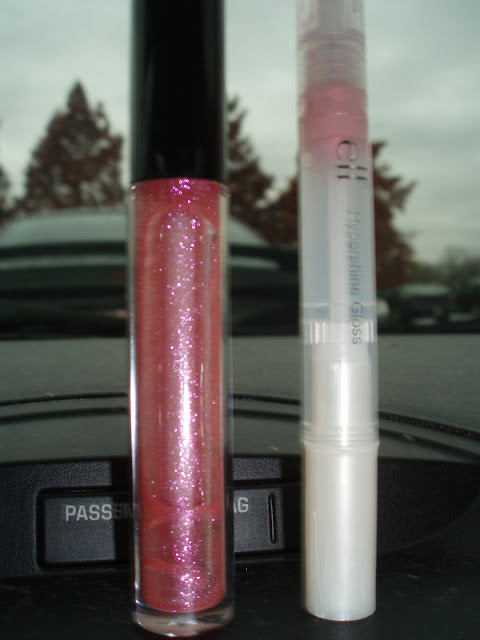 These are two lipglosses of mine. Now I'm sure you're wondering 'Katy, why are you posting pictures of almost empty lip gloss tubes?' Welp, I'll tell ya. The MAC Dazzleglass (Money Honey) was a gloss I bought myself for my birthday with some birthday moolah from my pops. (Thanx Daddy!) It disappeared about a week after purchase. This is not unusual. I have a lot of purses, makeup bags, and well I lose stuff everyday. (Like my keys. Literally EVERY morning. But that is a whole 'nother post.) Anyway....I decided to ask Leila just off hand if she'd seen mommy's lipgloss. She said ....."nnnnnnnnnnnnnnno". Which is shorthand for yep, and I've still got it. I finally got it back from her and she'd used up MORE THAN HALF. I was livid. Like snorting, couldn't talk for a few minutes livid. The e.l.f. gloss was a free gift that came with something I ordered, and they only cost a dollar each anyway. However Boomer asked if she could use 'some', and I said yes. Thought nothing of it until I found it in her back pack practically empty. Now I was much more upset about the $14 MAC gloss than the free e.l.f. gloss, but dang it all its the principle of the matter! I now store my Chanel polish on top of the bookshelf in my living room just so I know she can't get it.

This one I don't have pictures of because I just couldn't take one. My child took panty liners (un-used) from the bathroom, unwrapped them, and then just randomly stuck them on things in her room. And I quote 'They're like big, fabric stickers Momma.'

She is going through this phase where she cries....about EVERYTHING. I can't even get mad truthfully because for years my nickname from my mother was 'Whitney Whine-ans'. (Like the Gospel group the Winans, except I was just a chronic whiner.) (Oh and did ya catch my real name? It may never happen again.) Its just really frustrating because my child has always been very verbal even when she didn't have sentence structure down, and now that she has it down completely she's stopped using her dang words. 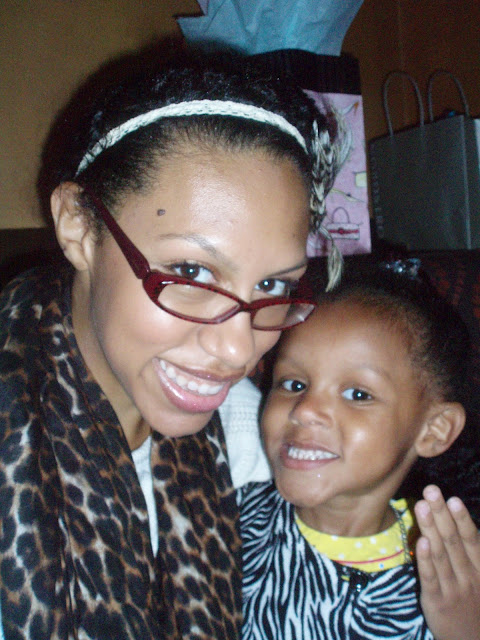 Usually when I have reached the end of my rope with her though, she does something amazing. Like the time she spilled an 8oz glass of water on the laptop I had just bought the day before. After I literally lost my mind, she came down the stairs with her piggy bank, handed it to me and said she would buy me a new laptop. It was so precious and selfless that she was willing to give me all the money she had in the world. Or when I told her the other day that I was very stressed out with work and school, and she told me I was the best mommy in the world. Motherhood is an underpaid, undervalued occupation, but every once in awhile you have these GREAT moments with your children and even though its completely cliche, it does make it all worth it. And Exhibit A and B are at least good for a laugh now. Bye lovelies!

Labels: Boomer, Confessions of a Mommy, Mommyhood, What I'm Thinking

Katy,
Even though I don't have any real mommy experience (except with a certain Twigs by proxy); I know motherhood is a difficult job and one that requires your focus; you also need to make sure you are happy and centered so you can share your best self with your child.

Some children will drive you crazy by using your makeup; drinking your orange drink; spitting out mashed potatoes on your suit and other crazy things.

It's part of the whole experience. In a few years, Boomer will be a teenager and yelling "Leave Me Alone" all of the time and you will wish for this time.