Yes, we are moving again.

In the almost 4 years I've been blogging...I will have moved...3 times.

Once just Boomer and I, then JJ moved in with us, then Boomer and I moved out on our own again. (Yes...my marriage clearly had some ups and downs.)

Now we are moving again. I should be a pro, but the last move was actually almost 2 years ago. 2 years of accumulating stuff. 2 years of routine.

Moving is stressful. First there is the actual decision to move. Which I agonized over for 2 years. Not EVEN kidding.I planned on our 1 bedroom townhouse being a temporary stop in the midst of the divorce. Then Boomer switched schools and my commute went to Hades.  My current commute takes me up to the northern suburb where Boomer attends school, then past my house again to the eastern suburb where I work. 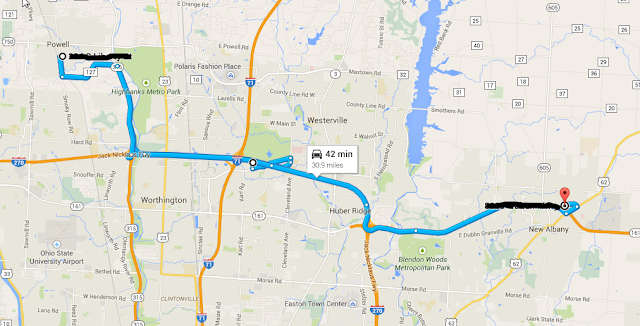 That 42 minutes  quoted by Google? Lies. It takes an hour. Twice a day. So more than an entire workday each week. In my car. They increased my rent again this year, to a price that made it cheaper to just move.  Also....we've been living in a 1 bedroom townhouse for 2 years. We each have separate beds....but share a room. While it was good at first while Boomer was dealing with the split. Momma now absolutely needs her own room. With a door. That shuts. That also locks.

Now, once you decide to move...then you have to chose a new home. OMG. The amount of places I looked at. Then dragged my mother to look at. Then looked at again with Momm and Boomer. It was insane. The places I loved were inevitably expensive. Then the places I though were priced alright I didn't like. I finally picked a place though, that will cut down our commute and that I think we will be happy in.

I know...15 minutes doesn't seem like much, but it adds up, and I won't be fighting as much traffic anymore, so truly this is going to cut my commute almost in half.

I hate to pack everything. Part of me wants to get started and pack ALL THE THINGS. This is not practical because I need things day to day. So I'm trying to weed out all the things that DON'T need to make this move with us...in lieu of packing.

Movers. I now have enough real furniture in my possession that I don't trust the u-haul and friends method of moving. My pretty brand new couch will be moved by licenced, insured movers dang it! Said movers are not cheap.

So that is where we are. A month from D-Day. Oh and moving day?

The day before Boomer's 9th birthday.

blah i loathe moving. sorry to hear that you have to do this again.

i told my husband that we were staying put in this house forever but then all the good neighbours left and the shitty ones stayed so now i want to get the fuck out of here. the housing market SUCKS as in it's a seller's market so while i can sell this house probably for over the asking price, it'll cost me the same if not more so i'll likely end up taking a loss and ain't nobody got time fo' dat. also, i gots no time for bidding wars because that's what happens errtime you buy a house around here.

as for the commute - SUCKS BALLS. at least you managed to cut it down and although 15mins seems little, it's actually A LOT. i take a toll highway just to shave 15mins off my commute from work (when i worked) because sitting in 15mis of traffic is not good for my stress levels, sanity or the safety of other humans around me LOL

I weirdly love moving. Love it! I wish I could come help ya, but I AM excited that this will make life a little easier on ya! :)